We're honored to serve our community

The caring and experienced professionals at Luginbuel South Grand Lake Funeral Home are here to support you through this difficult time. We offer a range of personalized services to suit your family’s wishes and requirements. You can count on us to help you plan a personal, lasting tribute to your loved one. And we’ll carefully guide you through the many decisions that must be made during this challenging time.

You are welcome to call us at any time of the day, any day of the week, for immediate assistance. Or, visit our funeral home in person at your convenience. We also provide a wealth of information here on our web site so you can learn more from the privacy of your own home.

We are here for you in all times.

Having the funeral home on the cemetery grounds provides our families the best service possible because everything can be arranged at one convenient location. I am the manager at Luginbuel South Grand Lake Funeral Home, let me help you when you need it the most. 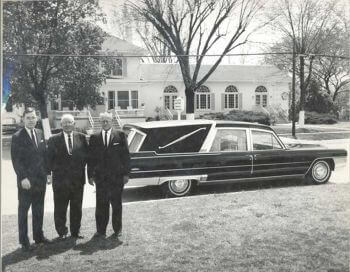 Luginbuel South Grand Lake Funeral Home has proudly served the families of Langley and surrounding communities since the early 1990's. As a third-generation family owned and operated funeral home, we offer the level of compassionate care only a family can provide.

Here at Luginbuel South Grand Lake Funeral Home, we believe a funeral is not just a time to reflect and mourn—it's also an opportunity to pay tribute and celebrate a cherished life. That's why we offer incomparable Life Celebrations. These meaningful services allow you to tell your loved one's story and celebrate their one-of-a-kind life.

By adding personal touches like music, photographs, memory tables and video tributes, our expert staff can help you plan a truly memorable service. Whether you are planning a burial or cremation service, we can create an unforgettable Life Celebration as unique as your loved one.

Our family is here for yours

As you browse through the pages of our website, we hope you'll find the answers you need to begin the funeral planning process. However, if you need additional information, feel free to contact us. We'll be happy to answer your questions or arrange a personal consultation with you. 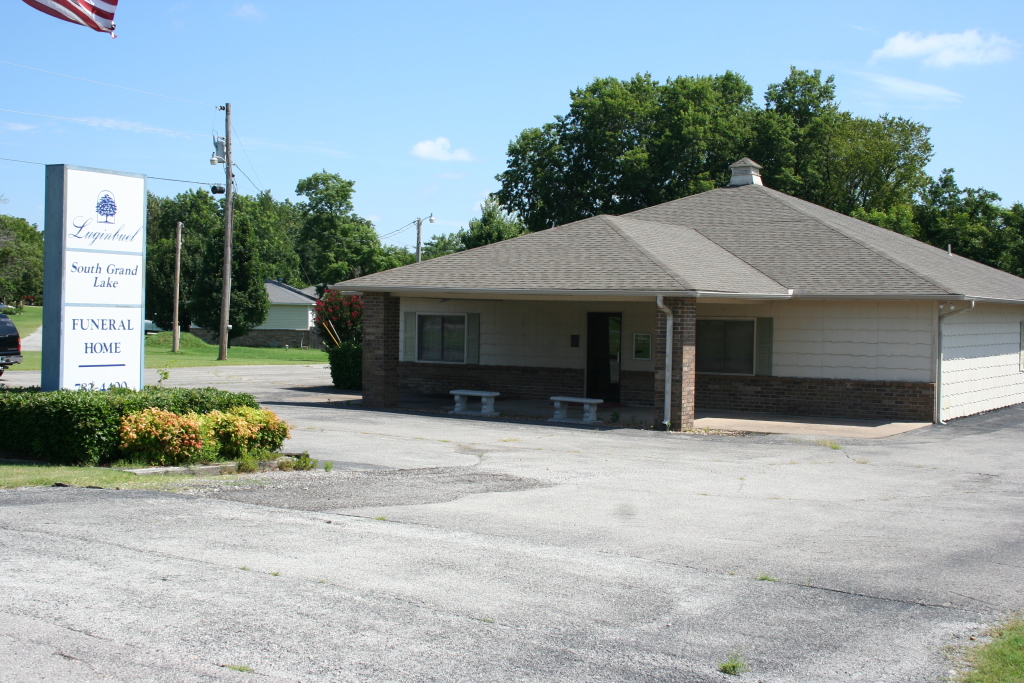 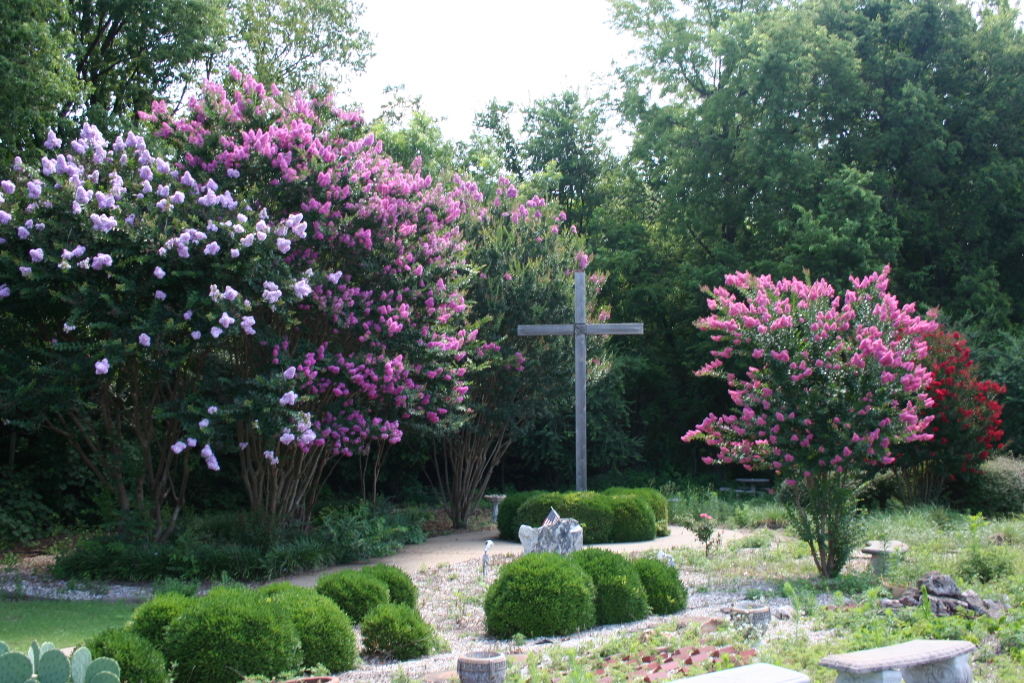 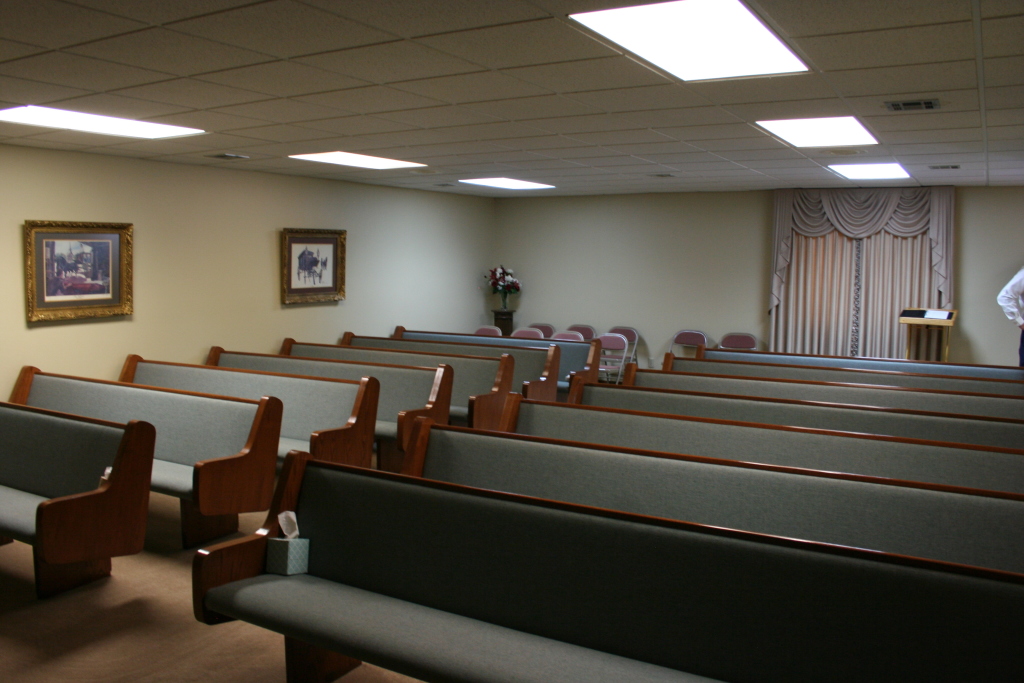 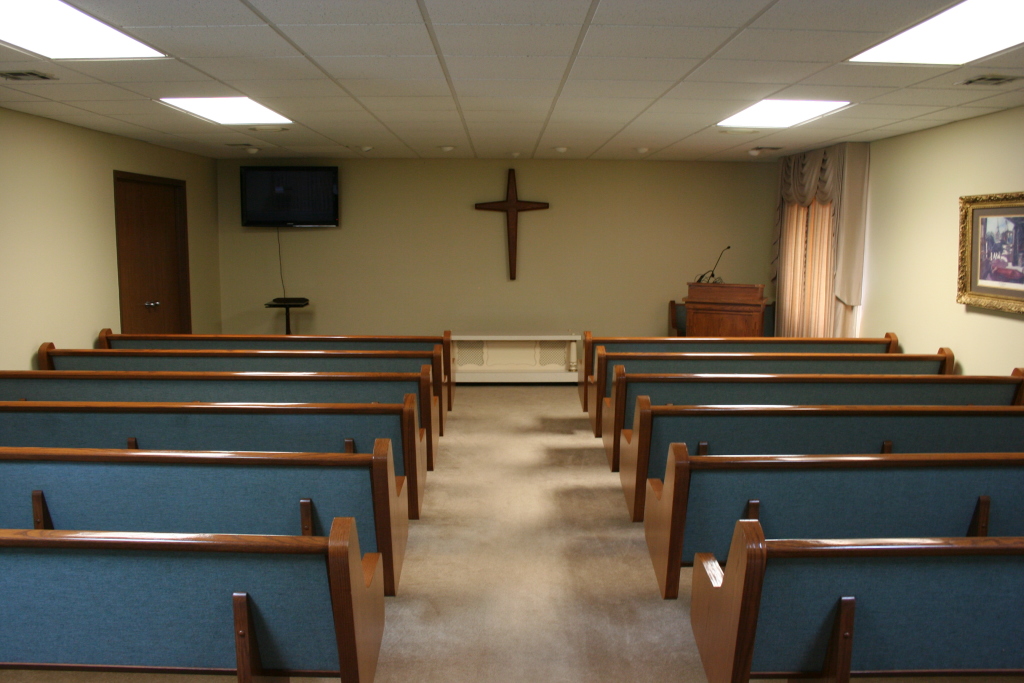 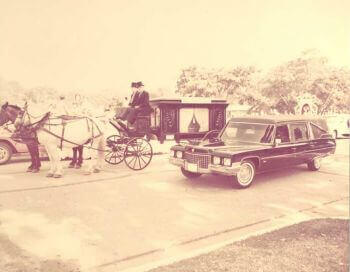 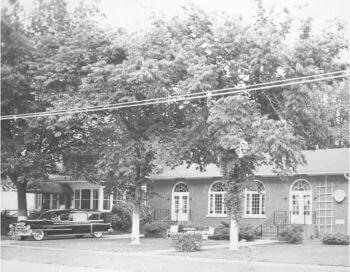 The Luginbuel family has been in the funeral services business for more than 100 years. It began in the 1890's with Charles Noble Luginbuel, Reid Luginbuel's father, who worked in a mercantile store in Dutch Mills, Arkansas. Among items sold in the store were caskets, which his son's Reid and Lloyd delivered.

Luginbuel Funeral Home began in 1927 in Vinita, a town in Northeastern Oklahoma. The founder, Reid Luginbuel, was a charismatic individual. He started his career as a funeral director in 1917 at Muskogee and came to Vinita from Lincoln, Arkansas, where he and his wife Lola had previously owned and operated a funeral home. Jeff Luginbuel became associated with his brother in the operation of the business in 1929. He had previous experience with the Petering Funeral Home in Muskogee and the Buffington Funeral Home in Sapulpa. In June, 1934, the funeral home moved to a sixteen-room dwelling in the quiet of a residential district. The home was formerly owned by the Beattie family and is located at 332 N. Scraper.

In September, 1943, Jeff Luginbuel served as a Ship's Officer with the Army Transport Service for sixteen months in combat areas of the South Pacific and Atlantic. During this time, sixteen former employees of the Luginbuel Funeral Home also served in the armed forces. In June, 1945, Reid and Jeff announced a new partnership known as the Luginbuel Brothers Funeral Home. At that time, the funeral home operated with three funeral directors and embalmers, Reid, Jeff and Lola Luginbuel. Mrs. Jeff Luginbuel served as lady assistant and was in charge of music.

In January 1964, Jack Luginbuel, son of Reid and Lola, and his wife Lois "Tawney" Luginbuel joined the firm. Jack is a graduate of the University of Oklahoma and of the mortuary school in Dallas, Texas. At this time, the firm adopted the original name — Luginbuel Funeral Home. Because of Reid, Jeff and Jack's devotion to their profession and to the public, the Luginbuel Funeral Home was elected to membership in the International Order of the Golden Rule in 1969.

Reid, Jeff, and Lola Luginbuel remained active in the business until their deaths. Reid passed away at the age of 70 in 1969; Lola in June, 1976. In July, 1975, because of illness, Jeff sold his interest in the funeral home to Jack and Lois Luginbuel. Jeff passed away in September, 1975. Reid and Jeff were long-time civic leaders in Vinita and through the years the people of Craig County remember them as having spent many nights at the rural schools auctioning pies and boxes of fundraising drives for Christmas treats, Red Cross quotas and War Bond sales. Reid Luginbuel served as marshal of the Will Rogers Memorial Rodeo Parade for 33 years. Since Reid's death, Jack has continued in that capacity.

During the 1980's and 1990's Jack and Lois expanded the business by merging with three other long time family friends. Bryson and Peg McClymonds of Benjamin Funeral Home in Nowata, Harry and Annie Worley of Worley Funeral Home in Grove and Alan and Betty Graham of Neekamp Funeral Home in Bartlesville.

In 1994, Jack and Lois were recognized by Selected Independent Funeral Homes and invited into membership as a preferred family owned and operated funeral service provider in their area.

In 2003, David Luginbuel, son of Jack and Lois, and his wife Kathleen "Haynes" Luginbuel joined the company. David graduated from the University of Central Oklahoma in funeral service and went on to graduate from the University of Oklahoma with a Masters of Business Administration. David completed his funeral service apprenticeship in Oklahoma City at Smith and Kernke Funeral Home.

It is never too early to start planning for yours or your loved one's funeral.

We stand ready to assist you. If a death has occurred, please call us on the number below: